Stanford economist Guido W. Imbens was awarded the Nobel Memorial Prize in Economic Sciences today for his work in econometrics and statistics. 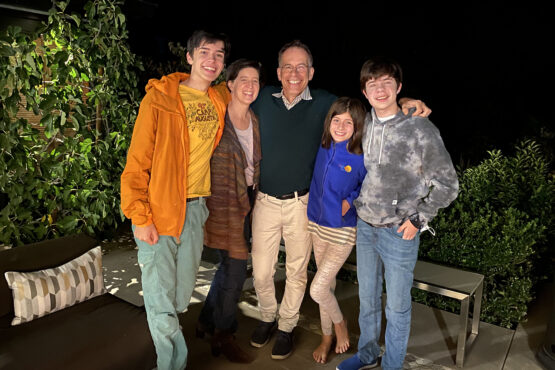 The Royal Swedish Academy of Sciences, which grants the Nobel prizes, has jointly awarded one half of the $10 million Swedish kronor (about $1 million USD) prize, officially known as the “Sveriges Riksbank Prize in Economic Sciences in Memory of Alfred Nobel,” to Imbens and Angrist for “their methodological contributions to the analysis of causal relationships.” The other half of the prize was awarded to David Card at the University of California, Berkeley, for “his empirical contributions to labour economics.”

Imbens, 58, is the applied econometrics professor and professor of economics at the Graduate School of Business and a senior fellow at the Stanford Institute for Economic Policy Research (SIEPR).

Throughout his career, Imbens has conducted influential work to help address the limitations of real-world experiments of social scientists, greatly improving researchers’ ability to assess the effects of interventions from both field and experimental data. His work is used to analyze complicated research questions such as the effectiveness of a new drug on a patient or the impacts of a new regulation on economic activity.

“I was absolutely stunned to get a telephone call,” said Imbens over the telephone with the Royal Swedish Academy of Science during a question and answer session they hosted with the media immediately following the announcement. “I was absolutely thrilled to hear the news, in particular hearing that I got to share this with Josh Angrist and David Card, who are both very good friends of mine.”

Imbens, together with Angrist, an economist at MIT, pioneered a model called the local average treatment effect (LATE), which they introduced in a 1994 Econometrica paper, called “Identification and Estimation of Local Average Treatment Effects.” The concept helps researchers better evaluate the causal effects of interventions in observational studies.

The model has had a significant impact on research practices in econometrics and other areas of statistics, with some of Imbens’ papers being placed among the most cited economics research of the 1990s. Imbens summarized some of his work in a 2015 book he co-authored with Donald B. Rubin, called Causal Inference for Statistics, Social, and Biomedical Sciences.

Imbens also works with governments and policy institutions on designing and evaluating economic policy interventions in areas such as education and labor.

Originally from the Netherlands, Imbens attended Erasmus University Rotterdam and the University of Hull in England.